What does it feel like to see the fruits of your labour sitting on a desk at Macmillan Children's Books for the first time? 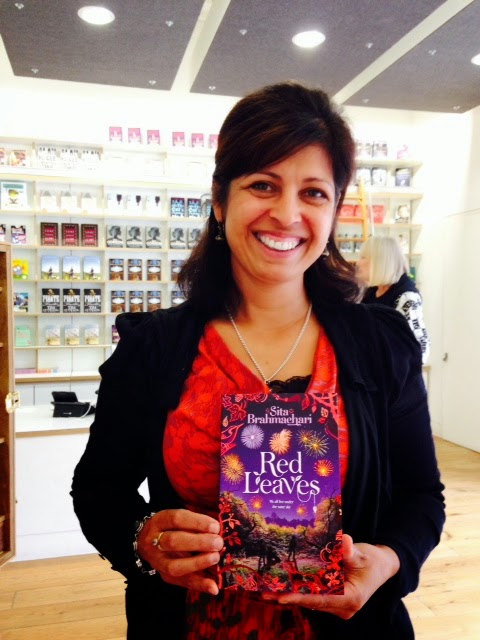 I think my face says it all!

Here's a pic of the lovely team who have been so important in bringing this book to publication.


And... here's a close up of the beautiful cover designed by Rachel Vale who has designed all my covers for Macmillan Children's Books. I love autumn... with its turning leaves, fireworks, conkers and halloween.

I think of the season as a kind of character in 'Red Leaves' and as I took my characters Aisha, Zak and Iona into the ancient 'Home Wood' I knew they could not have inhabited the story in any other season. When I look at this cover I feel the same excitement as I did as a child when the candles were lit for Diwali, or standing around a fire on November 5th. 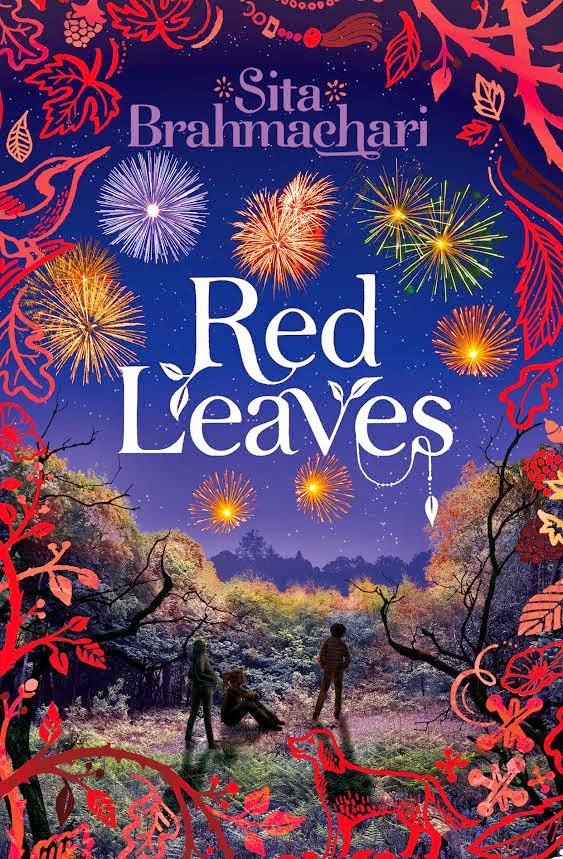 'A topical and moving novel about family, love, community, the tangled roots of history and searching for a place to call home.'

Aisha is a thirteen-year-old refugee living in London. Happy for the first time since leaving her war-torn home, she is devastated when her foster mother announces that a new family has been found for her and she will be moving on. Feeling rejected and abandoned, Aisha packs her bags and runs away, seeking shelter in the nearby woods.

Meanwhile, a few doors down, twelve-year-old Zak is trying to cope with his parents' divorce. Living in a near-building site while the new house is being refurbished, he feels unsettled and alone. Discovering a piece of rubble with the original builder's signature set into it, he starts researching the history behind his home - and in doing so finds a connection with a young soldier from the past, which leads him to an old air-raid shelter in the same woods.


Both children, previously unknown to each other, meet in the heart of the ancient city woodland as they come into the orbit of Elder, a strange homeless woman who lives amongst the trees - and, as helicopters hover overhead and newspapers fill with pictures of the two lost children, unexpected bonds are formed and lives changed forever . . .

'Red Leaves' edited by Venetia Gosling, will be published by Macmillan Children's Books on September 25th


Posted by Sita Brahmachari at 10:15 No comments: